Bit of a rough awakening this morning when I realized that the dog was not just being annoying, we actually had a problem. The house was flooding, and not very slowly. Starting in Stefán's room, taking over the laundry room, hallway and living room. There was so much water coming we had boat races. Leópold insists this was one of the best days of his life.
I left for school when a crew showed up to take care of things. It was a mess, and getting worse by the minuite, that I was not ready to deal with. So I went to school and left it to people who know what they are doing. I came home 7 hours later and they were still hard at work. A pipe had burst.
Looks like a lot of damage. Mostly to the apartment. Tomorrow people are coming to see what needs to be done, but for tonight we are resting in a hotel after a long long day. 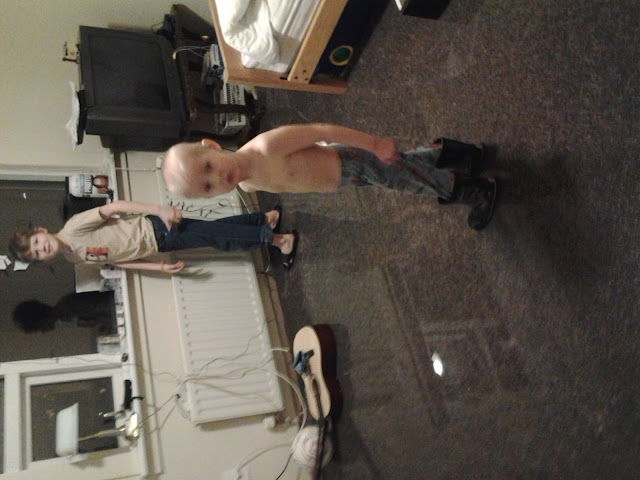